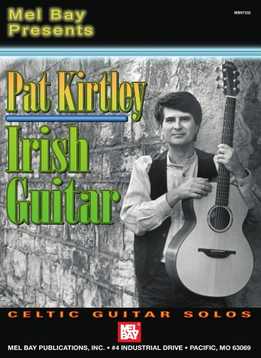 As all of the tunes in this 1997 recording were arranged in altered tunings (DADGAD, EADEAE or DADEAD), each appears in both standard notation and tablature with insightful performance notes. In general, these transcriptions from Pat Kirtley’s 1997 album of the same title are extremely accurate; The Red-Haired Boy, however, played as a duet with Steve Rector on the album – appears as a solo arrangement in this book.