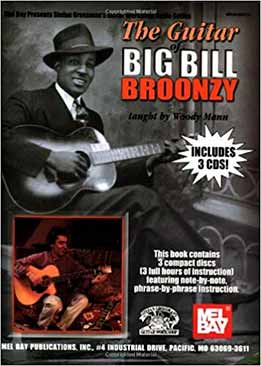 Big Bill Broonzy’s recording career spanned from 1927 until his death in 1958. His repertoire was well recorded, from solos and duets to ensemble playing. He was rediscovered just as the “folk-revival” began in the early 1950’s.

Broonzy was a master of ragtime and country blues guitar whose playing was highlighted by a strong pulsating bass and melodic lead lines.