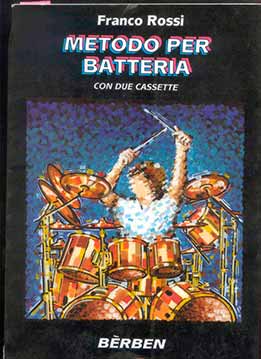 Over the last fifteen years, the developments of modern jazz, fusion and funk, have given a starring role on drums, emancipation from the simple function of rhythmic support that had often played in the rock music of the past decades.

Why many drummers have had to update their technical and their theoretical background, while capitalizing on the valuable experience gained over the years, “roaring” of rock music.

With the publication of this method for drums, we wanted to provide aspiring professionals of this instrument a progressive curriculum, starting with the basics, and through studies and exercises, came up with the more advanced aspects of modern techniques used in jazz, rock , in “Latin American”, in Punky and fusion.

In addition to the two most common techniques of the upper limbs (the “tim-PAN” and the “band” or jazz), we wanted to consider also the least known (but very effective), which seems to stems from the common technique in the fourteenth century by Arab soldiers and still used by some French timpanists.