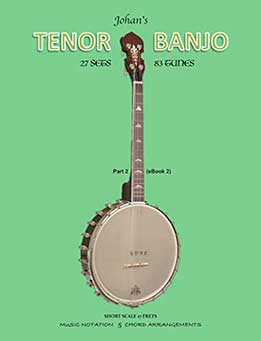 7 Sets 83 Tunes. Suitable for most instruments.

The content of the book is also available in iBook / Paperback format. See website for more info about these formats.

All tunes are played and recorded.
The content of this book is also available as an iBook which includes all Audio & Video.
A large and diverse number of sets were chosen to allow instrumentalists to start performing the sets or tunes straight away.

The suggested sets are only meant as examples and should be changed if preferred. For box players, the book provides chords placed beneath the music notation but there is also chord arrangements included which may make it easier on the eyes for guitar, bouzouki or cittern players i.e. a page of Chord Arrangements follows the Music Notation page.

While it is custom to play each tune twice or rather three times, most tunes were played once only because of the sheer volume of tunes. However, a few tunes in Part 1 (eBook 1) were performed twice or three times.